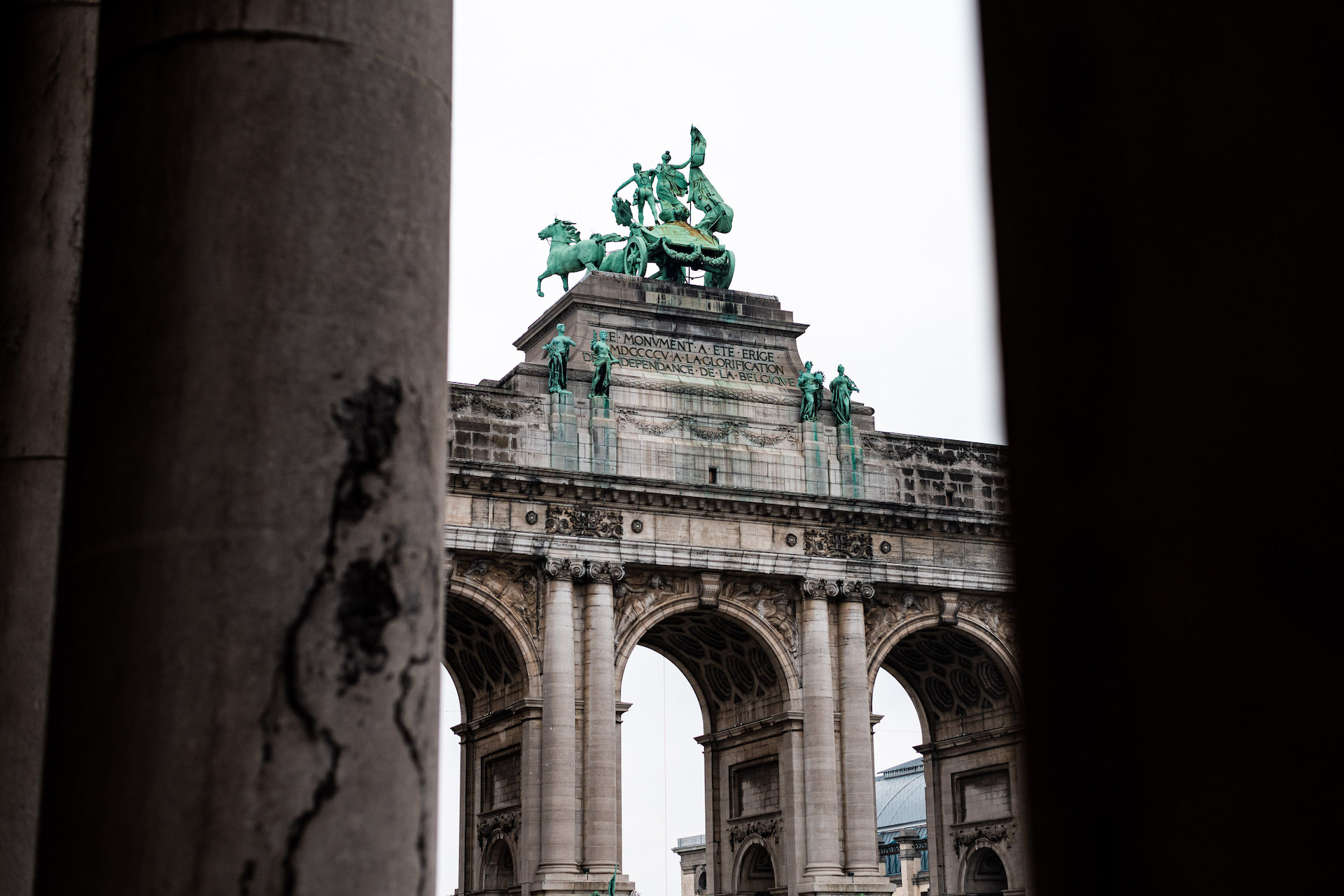 Imagine a Saturday, around lunchtime; you just had a short visit somewhere and are planning on walking back home. It’s about an hour’s walk, and you have a camera. What do you do? Indeed, an aperture photography challenge.

I gave myself a photo challenge. I could only make one photo for every aperture opening of my 50mm 1.8 lens, and I would end up with 20 shots. No retakes, one image, and move in the aperture setting.

I also did it chronologically. So starting at 1.8 and moving my way up (in number, down in opening size).

Aperture is the term we use for the opening of your lens. Counterintuitively the smaller the number, the larger the opening.

The aperture influences the depth of field: how much of your image is in focus. A larger opening (remember, a smaller number), like f1.8, has a shallower depth of field and gives you a more blurry background.

An aperture of f11 gives you more depth of field, and thus more of your image will be in focus.

The aperture settings of my 50mm lens

I was surprised by how low my lens stayed. I imagined it being able to go to f22 or even f32 easily. But it didn’t. My 50mm lens has 20 unique aperture settings.

The route I took in Brussels

Knowing where I took the photos can be excellent for those familiar with Brussels. For those planning on visiting one day, it can inspire them to visit.

I visited a place first near the Merode metro station. So that’s where I started my walk, searching for the first photo on f1.8.

Parc du Cinquantenaire was the first stop and provided me with 13 of the 20 photos I ended up with. I walked all the way through the park and visited the monument.

I then went to Schuman, where the European Union buildings are. Further down the Rue de la Loi to Vallée de Maelbeek. There I went under the bridge and took my last photo of the Europa buildings back.

The results of my aperture challenge

At f1.8, I knew the depth of field would be shallow. I liked the fall colors in the park, so I went with that.

At f2, I knew I wouldn’t get much background. With this ‘flat lay,’ I knew it wouldn’t matter, as the leaf was almost flush with the ground.

This street, with the trees popping out of the scaffolding, seemed fun. With f2.5 and some distance, there’s plenty of depth of field to get my idea across.

Using some pillars to frame the photo, f2.8 was quickly made

A boring photo, but hey, those happen too. Remember, I only had one shot for each aperture.

The solitary person in the big gate. F4 already gave some depth of field

I liked the textures, but in retrospect, I don’t like this photo. I had to make it more on the bush and include less background

I enjoyed the juxtaposition of the fall colors and the benches.

A pop of color against a grey background. The last tree standing

I liked the clean lines of the building, but the framing isn’t right

There’s an attraction to city gas stations I don’t yet understand.

When at Schuman, make this photo

At f11, I knew most of the building would be in focus, making this pattern even more repetitive.

I thought this would turn out better. Alas.

I liked the way the stairs obscured what the future is. However, everyone in Brussels knows this street art. It’s still fun to imagine what you think the future is like.

The last one. I made a black-and-white version of this in the summer; I wanted a color one, too—a perfect moment to create one at f16.

Which photo did you like most? Let me know in the comments!