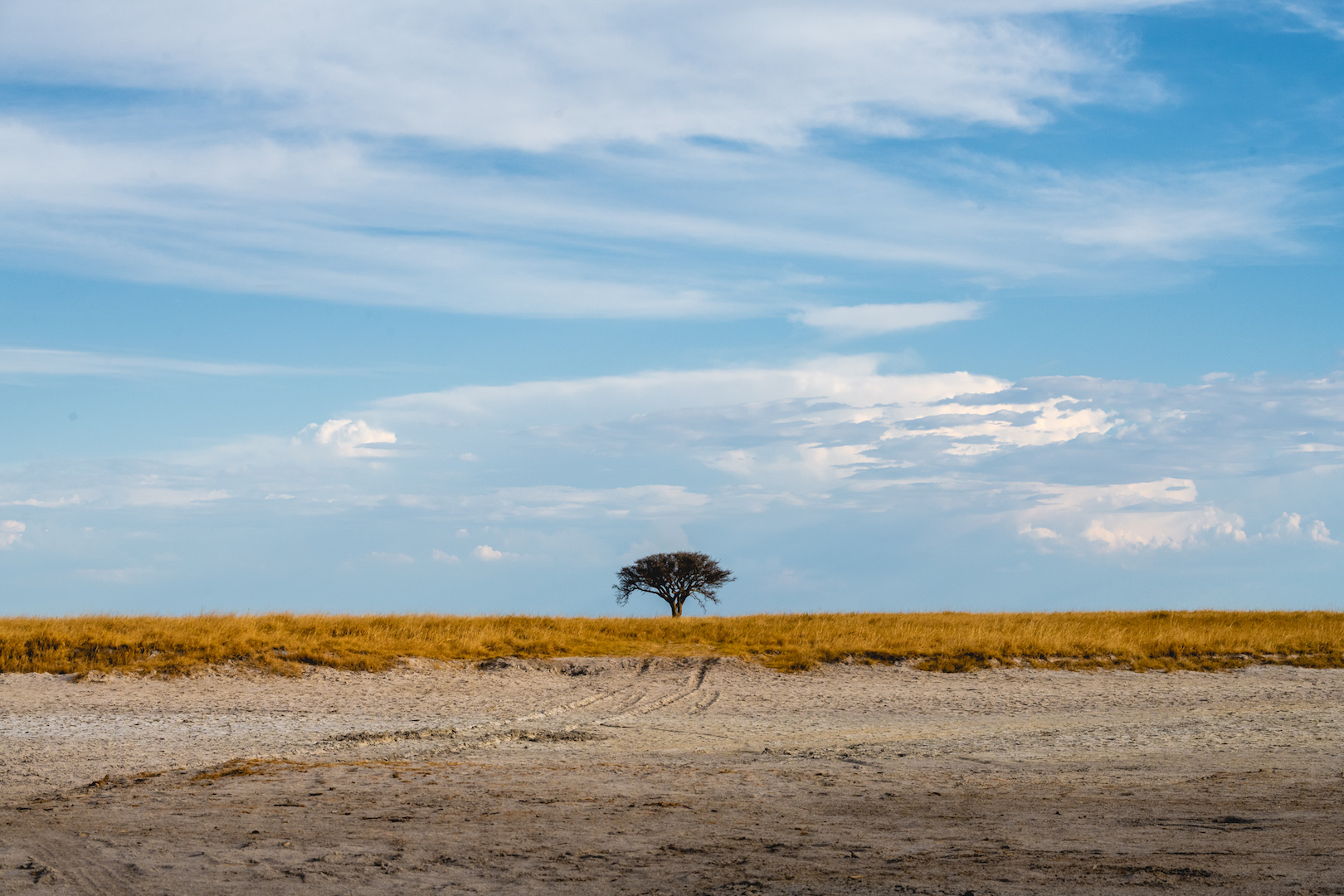 Three years ago, I had a very shit day that I still remember very dearly. So how come I am so fond of a day that did not go all that well at all? Well, I love to explain it to you in this article.

Walking, boat, and car safari was the most significant part of our days up to that point. Mostly we were in the wilderness, except for the evening before this day.

That day we were in Maun. Still sleeping in tents, but more comfortable ones than we had on the rest of the trip. The most significant commodity for me was WiFi, though, because that meant a connection home.

I made the trip without my girlfriend as I booked it right before dating her. However, several months later, being away from her was already hard.

In Maun, I finally had a way of communicating with her again. A day later, the WiFi was gone. We hit the road again—this time for a night under the stars on the Makgadikgadi saltpans. No more WiFi and no more contact with home already got me slightly annoyed.

During the 5 or 6 hours drive, I decided to watch some Netflix series I downloaded on my smartphone. Altered Carbon was the show I had downloaded. After a bit of watching, I started to feel unwell.

Hot flashes, faint, nauseous, … all of the things. I signaled my sister to tell the drivers to stop the truck. They let me out on the roadside to catch my breathe and drink some water.

But that didn’t do much for me. We also had to keep moving as we needed to arrive in the Makgadikgadi saltpans on time.

We moved on, stopping once or twice again to allow me to catch my breath.

One of the travelers with us was an emergency nurse. He asked me some questions while I had a “cold” towel on my forehead to cool me down. It could be several things: car sick, sunstroke, panic attack, or even the malaria pills I was taking.

After another stop, the two guides decided to sit me in front as the road would become very bumpy at that moment. Offroad, we went to search our spot on the saltpans.

At that moment, it started to go better with me. So it had to be carsickness. Afterward, I learned that it was a panic attack. One of many to come. Luckily, that one was the only one on that trip.

Anyway, at the saltpans, I was recovering from the effect the attack had on my body. Our guides made us some delicious fried chicken, which did strengthen me again.

The idea of our stop at the Makgadigadi saltpans was to sleep under the stars. And usually, there are a lot of stars.

Notice the “normally”? As the sun began to set, we noticed lightning strikes happen on the horizon.

One flash after another, as if Zeus himself wanted Gaia dead.

The weirdest thing was that no thunder-strokes followed the flashes. But it was beautiful to see. One of those things you see on television and think it’s a highlight reel of images. But it’s actually that many lightning strikes. Spread over the entire horizon.

As it began to get dark, we did see some stars. Though, we saw them disappear behind the clouds forming overhead. The warning of our guide started to echo in our heads: “if it starts to rain, we have to get out; otherwise, our truck will get stuck in de salty mud.”

Since the aim was to sleep under the stars, no one had put up a tent, and everyone just slept on stretchers in the open.

Until it started to rain, of course, we decided to wake up the guide and tell him we should go as it began to rain. For him, it was too little rain to leave.

For us, it was too much rain to sleep in. We got annoyed about what we should be doing.

We could set up a tent, only to find ourselves an hour later breaking it up again to leave.

Or we could sleep in the open, getting our sleeping bags wet.

I decided on sleeping in the truck. Upright in my chair, and I did not succeed at it at all. The movement of the other travelers looking for a solution to the rain/sleep problem kept me up.

Eventually, annoyed himself, the guide told us to put up some tents and try to get some sleep. So we did. Quickly and in the dark, we set up the tents and moved into them. Just for a couple of hours, of course.

I was getting some kind of homesick, getting a full-blown panic attack, and getting annoyed about the entire rain/sleep situation all in 12 hours. What’s the ‘wonderful’ doing in the title, then?

Well, it’s a day that I will never forget. And the reason I write about it, three years later, is because I still think about it often. The exact trigger for this article is my sister asking me to print a photo I made that evening.

I decided to use my stretcher as a tripod for my camera in the dark of the night. I was doing some long exposure shots of the stars and clouds in the sky.

Watching this natural event was mind-blowingly fantastic. So I had to try and get some shots of it.

The photos are not perfect, as I did not have any gear or knowledge for shooting that type of event at the time. But to me, they are precious.