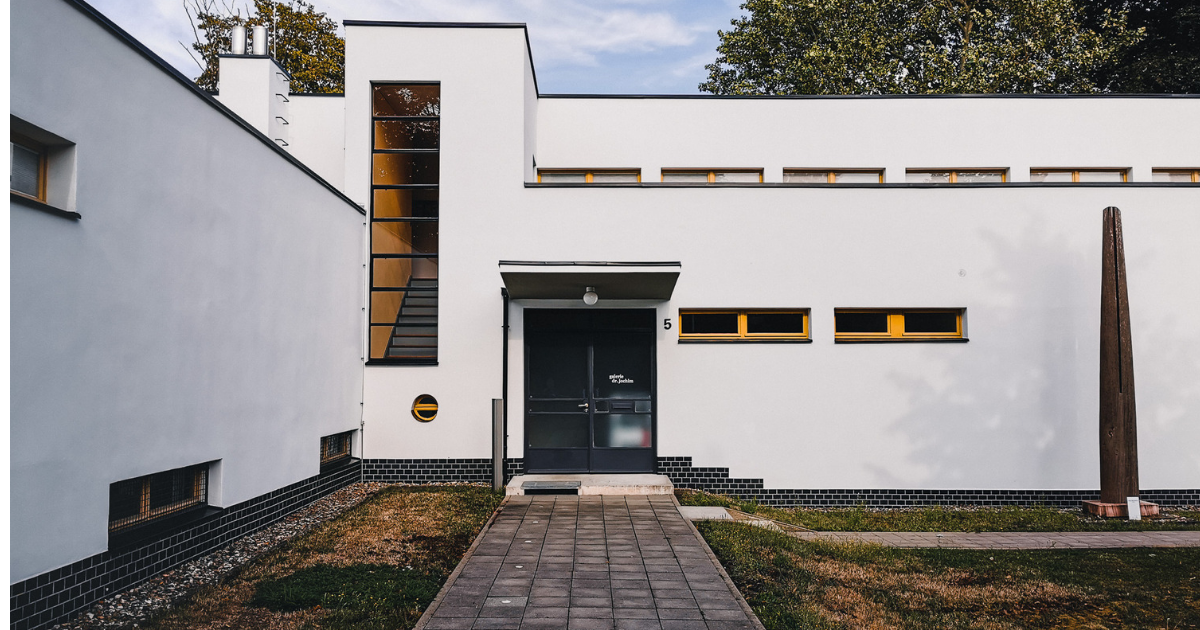 In Lower Saxony in Germany, there is a small town named Celle. When you look at it on a map it wouldn’t be too impressive. Though, I can highly recommend a visit for people that love architecture.

The Medieval houses of Celle

In the town, you can find different styles of architecture. The most common one in the city center is the timber-framed houses. Some date back to the 15th century and are virtually untouched.

They have been restored but never altered, as they are part of the UNESCO World Heritage. Walk around the town center and discovered all the different paintings on the facades. Each type of drawing represents a different era of the city.

I suggest going to the tourism center for more information about all the different facades in Celle.

Celle, Home of the Neues Bauen

Neues Bauen was an architectural style, closely related to Bauhaus. One of the early houses in this style are to be found in Celle. The ‘Italienischer Garten’ in Celle by Otto Haesler was one of the first settlements in this style.

It was meant to be simple and affordable by the public. Though, the affordable part was not really a success. Luckily Otto Haesler had another chance to make a low-price settlement. You can find this one in Celle too.

Next to those two settlements, there are five other buildings in Celle by Otto Haesler. You have the Glass School, which is still in high regard for Neues Bauen fans. And next to it the residence of the school’s rector.

All places to experience Neues Bauen/ Bauhaus in Celle:

Celle is close too

Celle is close to a couple of other interesting places in Germany to visit. It’s an hour driving to Hannover, a big and beautiful city.

Another place that is close it Luneburg, another medieval city that is perfect for a quick trip away.

Which type of architecture do you like the most? Let me know in the comments!

Disclaimer: This article is the result of a press trip by Tourism Hannover and The Sound of C.