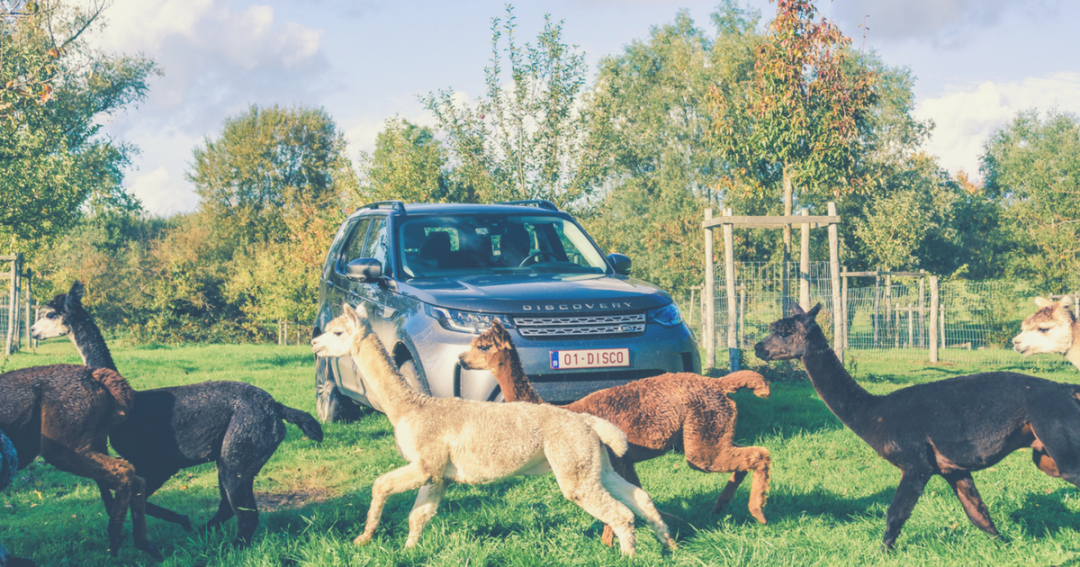 As you might know by now: I love walking around. Usually it’s my preferred way to get around in a city and to just get lost in nature. So when I was able to get to the Vlaamse Ardennen, aka Wandel Walhalla, for the second time. I didn’t think twice to accept the invitation.

Together with Toerisme Oost-Vlaanderen and Land Rover we arranged the trip. Which was amazing!

Friday-night, of we go

On friday me and five other photographers get together in Antwerp at the office of Land Rover to collect the cars. Two Land Rover Discovery’s and two sport editions. After a drive of an hour we arrived at the Refuge Kapelleberg where we stayed for two nights.

Fun idea: with Facebook messenger you can show your live location in a group-chat for up to 60 minutes. Great for driving with groups. Less great to stay below to the speed limit.

That night we got to know each other. We ate in the De Zwarten Engel (the black angel). A restaurant that’s a bit hidden in the trees and fields of the Flemish Ardennes. The food is amazing there.

After eating ourselves full to the brim, we went back to the refuge and drank local beers. Like the Ename or Steenuilke. Drinking and playing Cards Against Humanity

, we soon understood each others humour.

Saturday: from adrenaline to zen

After a breakfast we drove of the Ronse. There we started our tour with 4Passion through the fields of the Flemish Ardennes. We each took turns driving the Land Rover Discoverys and photographing them. The clean cars soon turned a couple of shades darker. We also had the luck the night before was a rainy one, so the fields were dirty.

After a lunch in In ‘t Palet (I had the spaghetti) to re-energise, we headed to the EcoSnooze in Brakel. It’s a huge domain where you can find alpaca’s, a mushroom-farm and a lot more nature. We met up with the owners and decided to take the alpaca’s for a walk. You can actually leash those animals.

After the walk we got a toast with the local oyster mushroom speciality.

Sunday: a walk and more off-roading

Another breakfast to kickstart the day before we decided to walk. There are a lot of routes in the Wandel Walhalla. All of them are beautiful. We walked and enjoyed the views up until lunch.

Lunch in a jar. For me it was a first, but I do want more of that! After that we took the cars again and did another tour of driving the cars in the fields and forests. It was good to test the cars on less obvious paths.

Unfortunately that was the end of the weekend. The combination of driving and walking was perfect to relax entirely. Releasing your frustrations with the cars and then becoming zen again with the walks and the alpaca’s. Something I can highly recommend to do.