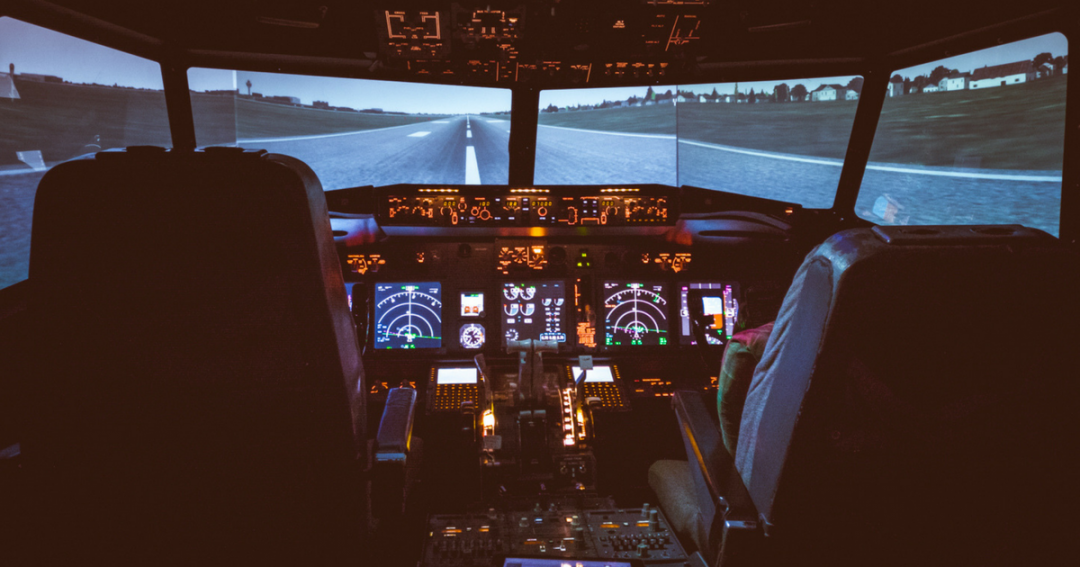 As a traveler, you often find yourself in an airplane. Whether you like the experience or not: it is the best and fastest way to get from point A to point B. One of the things I always wanted to do was sit in the cockpit. I was surprised when I got in one and even was allowed to take control. Of a flight simulator that was!

A very quick disclaimer. It was not with an actual airplane, but a flight simulator. Don’t try to get into the cockpit of an actual plane. You will end up in jail!

A while ago my siblings and I gave an activity-voucher to my dad. He chose to do a flight simulator at the airport of Schiphol. My sister, sister-in-law, and I joined him.

Getting the instructions to the Flight Simulator

The workshop starts with an introduction to the airplane and how the physics work: what the flaps do, how to use the rudder, … . All that jazz. I felt confident after seeing the video with the explanation. I felt like I could actually do this successfully.

It was time to step inside the cockpit and run through all the things again: braking with your toes, steering with your feet and your hands, the lever for the flaps, and the levers for the engines. All check! Let’s go!

Taking off and landing

I was the first one to take control. I started my way on the tarmac. The instructor helped me keep all the meters in mind. Making speed and finally lifting off the ground. I actually got airborne on the first try!

Once in the air, I got some time to fly around and experience how sensitive the controls of an airplane are. Then the instructor asked me where I would like to land. After some thinking, I decided on Malta.

Landing is quite harder than taking off. That being said, I did manage to get the airplane on the ground. I would even have survived the landing if it was a real one. Although, I probably would have had to buy a new airplane. Whoops!

Why you should book a Flight Simulator session too

It’s not really possible to fly a real airplane afterward. So, why should you book a session in a flight simulator? Well, for me it was insightful to know how it works. When they retract the landing gear. The angle of the airplane when taking a turn. How they control the takeoff and landing.

I took a flight a couple of days later. A real one. As a passenger. But with all the knowledge of the simulator, I was able to address every sound and turn.
“Oh, they’re pulling in the landing gear.”
“I actually feel the slight angle upwards when taking this turn.”

It is much more relaxing to fly as a passenger now. Knowing how everything works and how the pilots interact with the airplane.

Have you ever tried a flight simulator? Let me know in the comments what you learned!